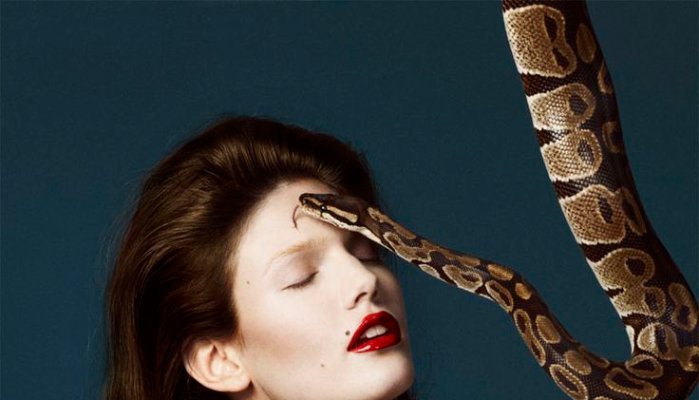 Ignorance is not bliss…

If close calls were heeded as final warnings, and proactive measures were enacted to correct situations, people and organizations would have better results and fewer disasters.

Researchers Robin Dillon-Merrill, Catherine Tinsley, and Mathew Cronin at Georgetown’s McDonough School of Business have discovered instead of viewing close calls as near disasters, most close calls are viewed as lucky breaks. This ‘invincibility complex’ is due in part to the fact that we view results in binary terms: Success is good, failure is bad. Researchers have also discovered the more near misses a person experiences, the more likely they are to engage in risky behavior.

Nine months ago one of our Florida clients recommended us to a new company along the coast. After a meeting, they engaged us to do some business development training. While conducting the training, we’ve gotten to know the owner. He took it over from his father 35 years ago when he became ill. As CEO, he grew the company from $1 million to $14 million. He wants to retire and turn the business over to his children. Since 2008, current company sales have fallen to $8 million.

The market and their customer base have shifted during the last four years, and the company needs to change to grow again.

In debriefs with the owner following training sessions, we talk about what is going on in the organization. Eventually he asks us to conduct an executive meeting and discussion with the leadership team regarding expectations, issues, and opportunities.

The two-hour meeting is productive as layer upon layer of misunderstandings are uncovered. It becomes apparent that without the owner, the skills to run the business are absent, the personnel fragmented, and the infrastructure for meeting the new markets cannot withstand the strains that will be placed on it. He has been in closing discussions to buy another business. The information from the meeting clearly points out such a decision would prove to be a costly mistake because in his absence they do not have a cohesive leadership team with the necessary skill set to guide the organization to growth. The reality is he’s had some lucky breaks in keeping the business profitable for the last few years. We provide some immediate recommendations.

The question is ‘Where does the owner go from here?’ To follow our recommendations will require investment and an extended period of intense work by him to prepare the company, his employees, and his children. This is not what he was expecting to be doing at this time in his life.

I see that ‘look’ on his face and can guess what is going through his mind. It happens when someone discovers what they thought was familiar and safe isn’t so. It is the look that says ‘I was almost better off not knowing.’ It’s a hard place and tough decisions will need to be made that cost time, money, and disruption.

That evening, like most for the past two years when I’m in the area, I head out for a run. It’s two blocks to the beach and the walkway is lined on each side with Bermuda grass. I run the grass to the beach because it’s easier on my bare feet.

About half way there, I see a funny looking stick on the sidewalk. As I approach and bend over to take a closer look in the diming light, I see it is a snake. It’s not moving, a little flattened in one place and looks dead. It has red, yellow, and black rings. Maybe it is a Coral snake and poisonous. I think twice about touching it and grab a stick nearby to poke it. When I do, it glides into the grass slowly and smoothly. When the last part of the tail enters the Bermuda grass, I completely lose sight of it.

How many times had I run across the grass? It could be loaded with snakes and probably is loaded with them.

My run on the beach is not relaxing. It is fairly dark and every time my toes catch on a piece of seaweed I jump a mile. I am not fond of snakes, did not think they would be crawling around in the trimmed suburban grass, and didn’t know if they liked the beach. By the time I finish my run, I am sweating more from tension than the run. It is pitch black and the sidewalk is very poorly lit. I jump at every sound and twig within five feet. By the time I am back in the hotel room, I am a nervous wreck. I hate it when things show up where I don’t expect them to show up, and I don’t know if they are poisonous or not. I’m sure I’ve had my share of lucky breaks running on that grass.

An owner’s relationship to their business is the same. They become comfortable with what has been going on for a time, and they become displeased when they learn things may be different than they thought, and very edgy when they don’t know the level of danger present.

While awareness is the first step toward change, it also creates an uncomfortable position. It faces the owner with the fact they didn’t have all the information; they can’t manage their way out of the situation because it will take adaptive leadership skills; and they will need to spend resources to change the situation.

That’s the ‘look’ I so often see, ‘I don’t like being uncomfortable and I want to get back to being comfortable as quick as I can.’ What they are thinking is ‘What decisions can I make right now to get that comfortable feeling back?’

Too often the decision is based on a binary evaluation and starts off like this, ‘I’ve been lucky so far, we’ve been successful, and I just dodged another bullet, so….”

Thinking like that leads to risky decisions. Over time, it even becomes part of the culture. In the past, changes in the economy were by far the biggest test for established companies. In the current high-speed marketplace, it’s the economy, disruptive technologies, global competition, local competition, shifting tastes, etc. which test companies. It is more like finding yourself barefoot in the middle of a field loaded with snakes than just keeping an eye out for one snake. Every step you take is a risk.

So why compound such a situation with another risky decision by relaxing because you dodged yet another bullet? Far better to become proactive and set a course to lower your level of risk.

A simple process for evaluating whether you are leading with risky decisions is to list recent decisions and replace success/failure or good/bad verbiage describing results with the words expected/unexpected. If you desire, give yourself a 5-10% margin of error.

For example, if one of your sales staff predicted an order coming in for $100,000 and it comes in at $120,000, the order is marked as ‘unexpected’ and thus correctly identifies a risk within your organization.

After you’ve compiled your list, the question to ask yourself is ‘Do we want to continue with this amount of unexpected results?’

I spend some time on the internet looking up images of snakes common to Florida. It turns out the snake was a non-poisonous Scarlet snake: Red rings next to black rings. The Coral snake is red rings next to yellow rings. I also find out there are several other poisonous snakes in the area. Great.

I receive a call from the owner. Good news. He wants to meet tomorrow and discuss in further detail what we can do for them based on what we discovered from the meeting today. During the conversation he says, ‘I feel like a cat that has used up all nine lives, and I don’t want to take any more chances.’ Smart thinking.

I hang up knowing we can guide his building of a cohesive leadership team with a simple, integrated, and practical discipline model that will reduce his risk and rebuild his organization based on strength.

Tomorrow, I’ll also see if my run is a little more relaxing. Should I walk to the beach on the sidewalk or run in the grass? I’ve been lucky so far, so…

…just kidding, I’ll add some flip-flops and take the sidewalk to the beach.