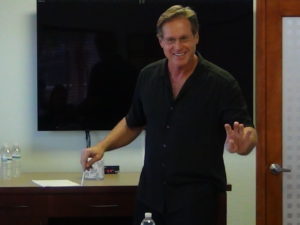 During these years, the tech industry grew at a phenomenal rate and he was hired away from Apple Computer as National Sales Manager for a start-up competing with Hewlett Packard.

His efforts attracted the attention of Holland Automation, an international accounting and manufacturing software company. He accepted their offer as Vice President of Marketing and Sales.

The success of the company, led to a buyout by a Japanese banking organization, and Jeffrey was given a small window of opportunity for the US. The decision had to be made even before setting up a company.

As President of the North American distribution company, he tripled revenue and expanded growth in North America, Mexico, and South America and then sold the company so he could joined the rank and file in the financial markets – where he was faced with his greatest challenge and won big.

He turned his eye to consulting and training where he worked with several international training and consulting firms to further his experience and knowledge base.

He shares his knowledge with organizations across the globe. His skills come from research and experience. He’s not a college football star (he turned down the opportunity to play for the University of Alabama and Bear Bryant in 1975), an Olympian (he turned down an invite to the US Crew Team in 1980), professional athlete (although he started playing rugby at 46), or world class golfer (he struggles with every swing). He’s more like the participants in programs, and like them, he has passions and desires to be the best he can in daily challenges. And he is passionate about persuasive communication.

He doesn’t have a PH.D., noble prize, or presidential award. He’s like your attendees who learn through experience and risk. He’s like those individuals leaders depended on to get the job done right every time – the everyday heroes you count on. That’s why they connect with him and more importantly learn from him.

Language is our connection to the world around us. It affects our attitude, beliefs, and even our ability to succeed. Jeffrey Hansler develops exercises and methods for mastery of persuasive communication – mastery leads to greater success.

Boundaries are surpassed daily by individuals and organizations reaching for greater success. What better individual for your organization than one who surpasses boundaries repetitively. 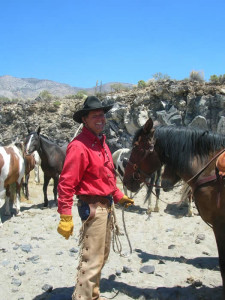 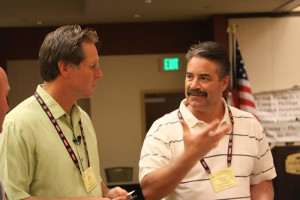 A Few Words From Jeffrey

“I wish to contribute to your everyday interactions with others by increasing your communication power. You have a right to get what you want out of life and language skills help you get exactly what you want!

Each moment is a choice: an opportunity to be better, different, and happier. Life isn’t always kind or easy. Increasing your communication power provides you the options you want and need.

Language is the connection between ourselves and the world around us. To master the power of communication is to hold the key to treasures previously out of reach.”